Weirdly, I only read two books in February. So this what did I read in February 2018 will be a short one this month.  I am so upset since I was so excited that I read six books in January.  Not sure what happened this last month. 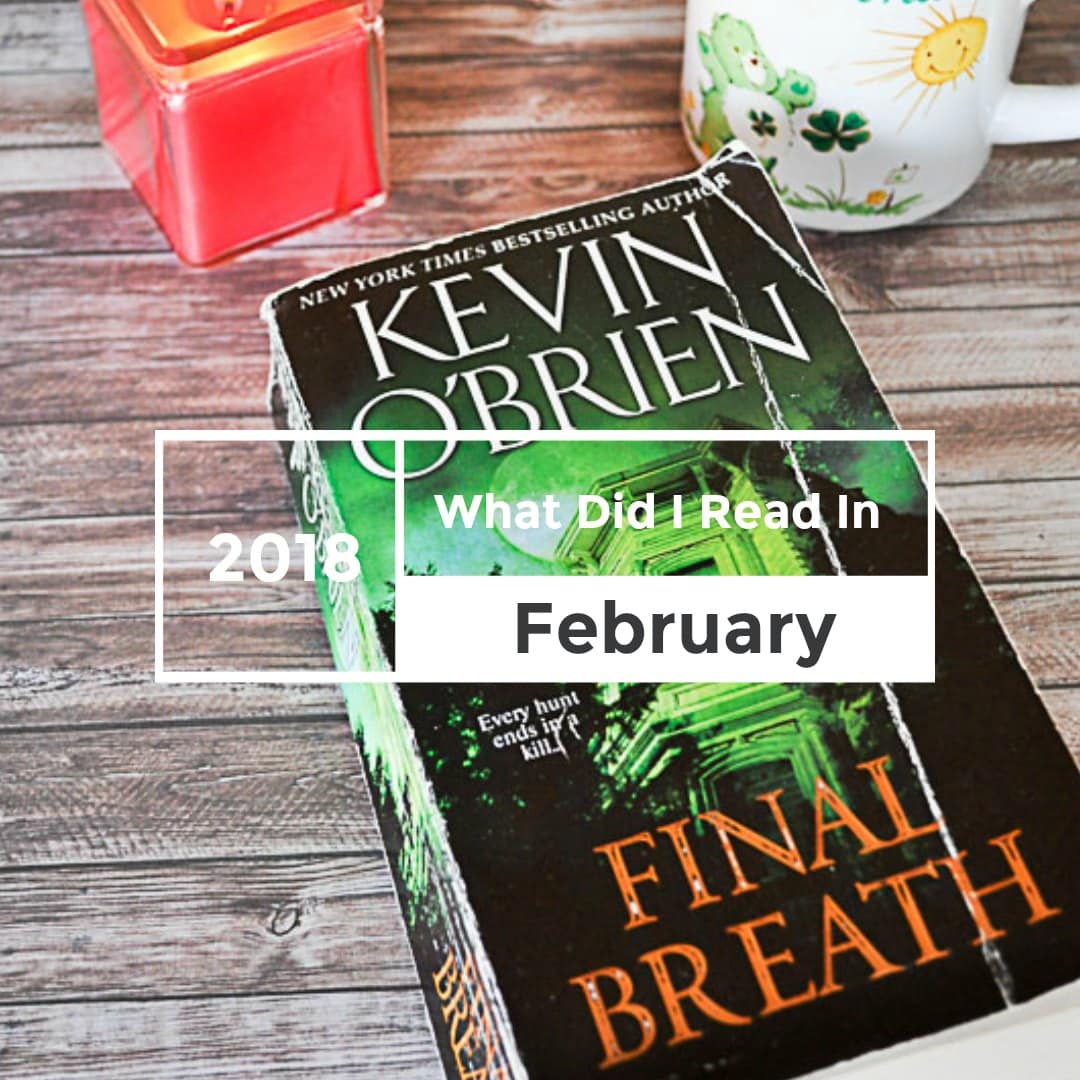 February, as I mentioned above, was a fail for me for books read. I finished one paperback book and one kindle. That was it. I normally get at least 4 books but this last month just didn’t happen that way.

I truly enjoyed this book and didn’t want to put it down. But, somehow, it took me forever to read and I am not sure why.

At first, the deaths seem random. A young Portland couple brutally murdered in a game gone awry. . .a Chicago woman who plummeted to her death from an office building. . .an aspiring screenwriter asphyxiated in his New York apartment. But the macabre souvenirs television reporter Sydney Jordan receives hint at a connection that is both personal and terrifying.

After events in her own life went wrong, Sydney fled to Seattle with her teenage son. But instead of getting a fresh start, Sydney is plagued by strange occurrences. Someone is watching, someone who knows her intimately. . .someone who’s just waiting to play the next move in a twisted game.

She is his chosen one. Every murder is a sign, and soon, Sydney will understand why each victim had to suffer–and why she’s the next in line. . .

The Hand of Strange Children: A nerve-shredding mystery thriller by Robert Richardson

This book was just odd and I can’t put my finger on it or why I thought that way. But it was a weird book but decent enough.

On the morning of 27 December, newspapers around the country receive the following Press Association Report: Police investigating the discovery of two bodies in Hertfordshire house.

But the victim’s identities are withheld. Who are they? Why has a family gathering exploded into violence and death? Through their individual voices the lives of Richard, Tim and Naomi Barlow and their mother, Florence, unfold and a shocking crime comes to light – one that has gone undetected and unpunished, culminating in a double-killing a quarter of a century later.