So far this year I had gathered my photos during the week into their folder and even edited a few of them early.  This week, 2017 Catch the Moment 365 Week 4, I just now gathered them and edited them.  I am not sure where my head was this last week that I didn’t get my editing done earlier.  A headache did follow me throughout the week and left me feeling unproductive.  My guess is that is why I was so far behind this week.

Happily, I did catch up on the Dogwood Challenge and because of that, I have three photos with a theme from the challenge.  I wouldn’t say that I am completely happy with what I ended up with but it is what it is. 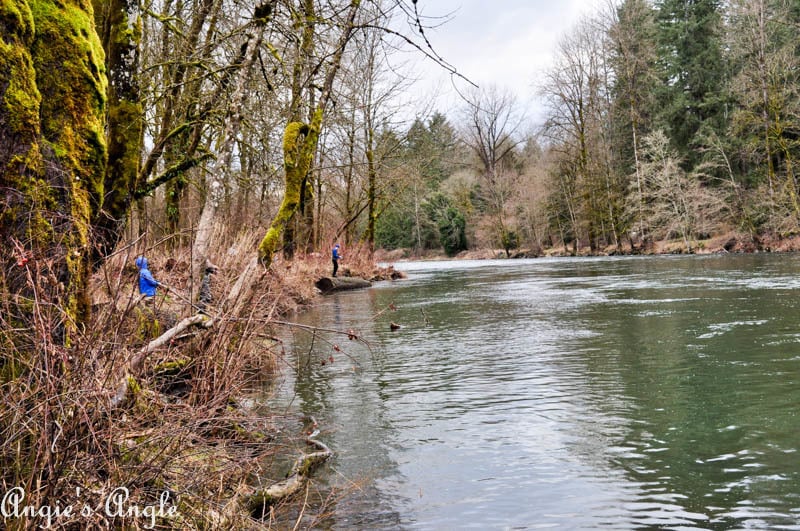 Day 22 – Sunday, January 22nd – Before heading out to Jason’s parent’s house, we made a stop at Daybreak Park and I attempted to get my Artistic Land shot from the Dogwood Challenge 2017. 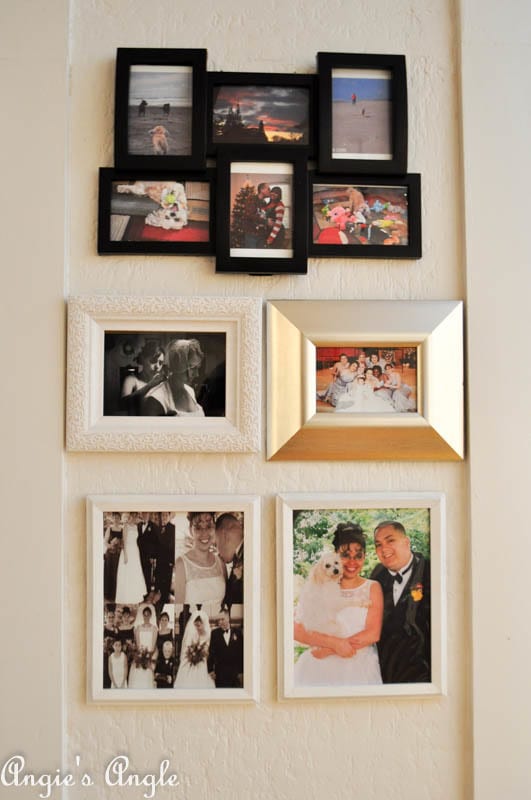 Day 23 – Monday, January 23rd – Was so excited to finally, after six-year, get some photos onto the walls.  I still have a few more I’d like to get up and a few new frames to buy.  It’s a start, though! 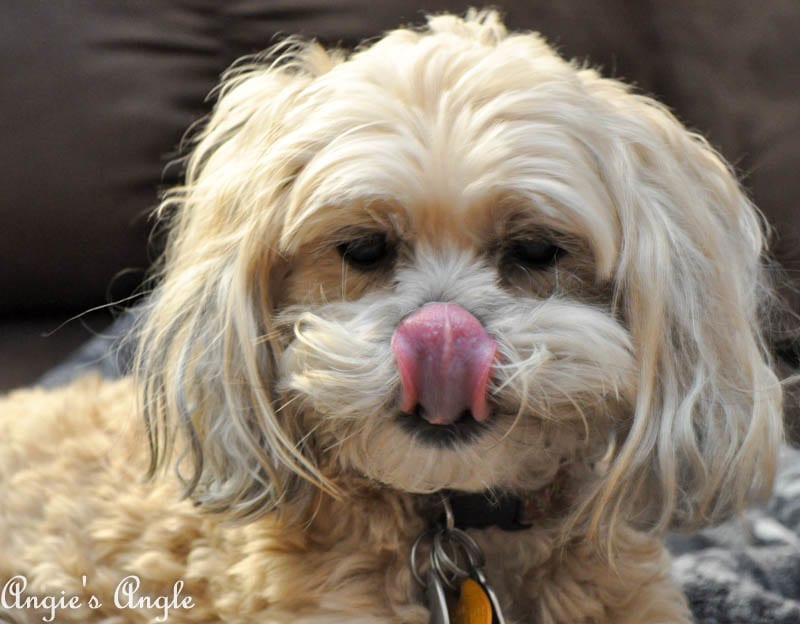 Day 24 – Tuesday, January 24th – My first attempt at a portrait headshot for the Dogwood Challenge 2016.  Ended up taking several others too but this by far was my favorite.  I can’t help that I adore when I catch her with her tongue out. 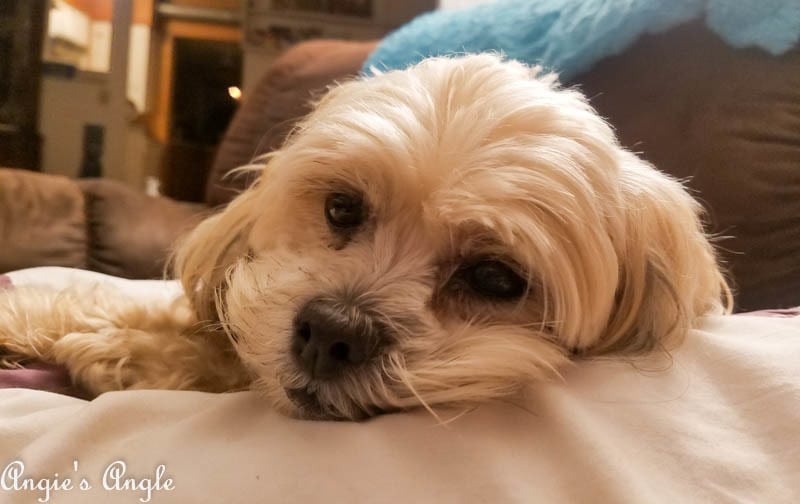 Day 25 – Wednesday, January 25th – Down and out with an on and off again headache this past week leaves you just wanting to lay down and do much of nothing.  Roxy was happy to cuddle with me too.

Day 26 – Thursday, January 26th – Started a new Nora Roberts trilogy!  It has been awhile since I read Nora Roberts so am kind of giddy to have this trilogy from Jason’s Mom. 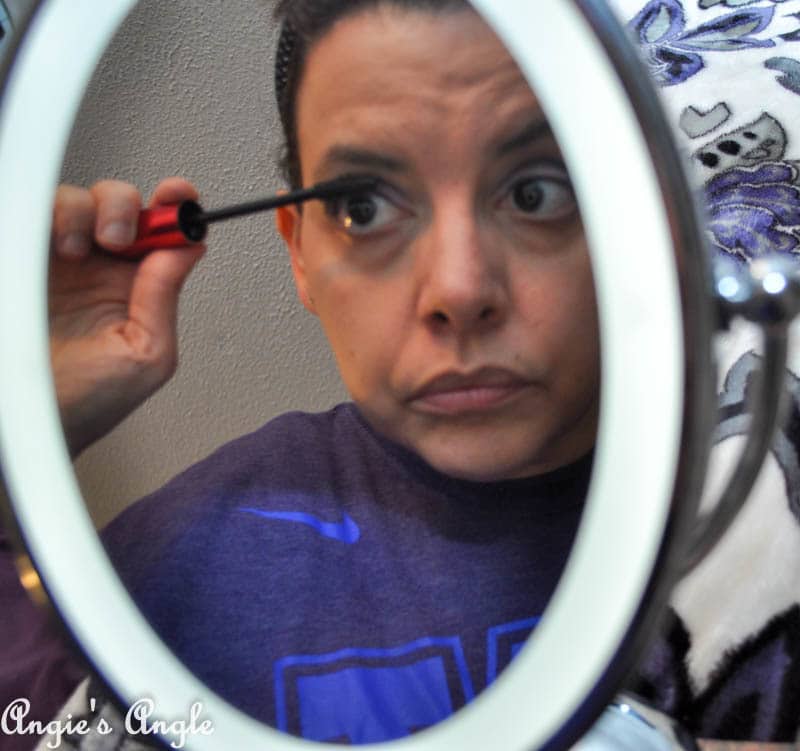 Day 27 – Friday, January 27th – The other Dogwood Challenge 2017 was a mirror.  Tell a story with a mirror.  My idea was to get me while putting makeup on.  I took many shots but this is the one I was kind of happy with.  It didn’t quite turn out how I was hoping but still was kind of fun I thought. It was super hard to try to hold my big heavy camera up and get a shot from the right angle to get me in the mirror. 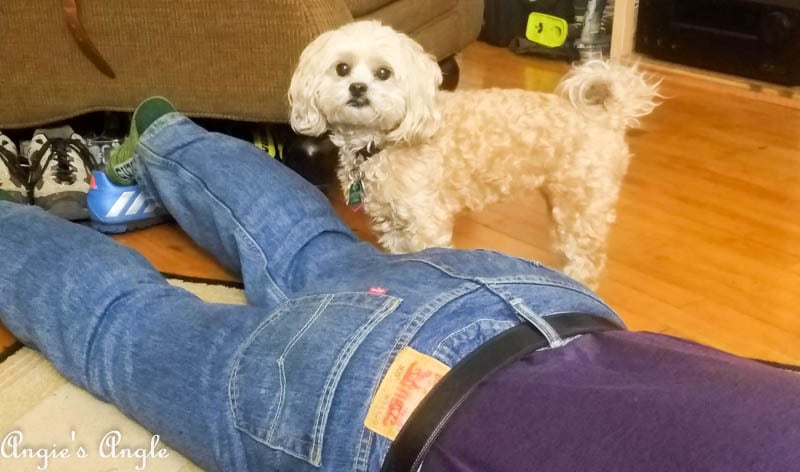 Day 28 – Saturday, January 28th – Late at night and you realize you haven’t taken a single shot yet that day.  And being super sleepy, you just take a really quick shot of your baby girl!

12shares
Previous:
Embarrassed to Show You The Main Bathroom
Next:
Share the Love with Swagbucks

12shares
We use cookies to ensure that we give you the best experience on our website. If you continue to use this site we will assume that you are happy with it.Ok