You are here: Home / Life / The Most Beautiful Setting for a Wedding 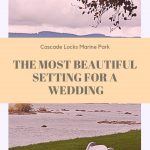 Kia provided the Kia Niro PHEV for our driving pleasure and is partly inspired by this post.  However, all photos and thoughts are 100% my own.

Our mission, if we chose to accept it, was to find Fall colors. All while attending a beautiful setting for a wedding in the Columbia Gorge.  This was the plan once we got a full yes on a car to take to the wedding.  We were pretty excited about the wedding location of Cascade Locks, Oregon. Having driven by many times but never actually taken the exit to explore the little town.  The excitement to explore a bit of a new area to us was thrilling!

We didn’t end up leaving the house as soon as we would have liked before the wedding on October 6th.  We looked for lodging, but most were too spendy for our blood, so a quick day trip was in store.  Arriving about an hour and a half before the wedding, we drove the little strip of town and headed back to the Cascade Locks Marine Park where the wedding was taking place.  And having brought our wedding clothes but the gorge is windy in case you didn’t know and wearing a dress in the wind isn’t usually a good idea.

Little did I know the wedding itself was outside… 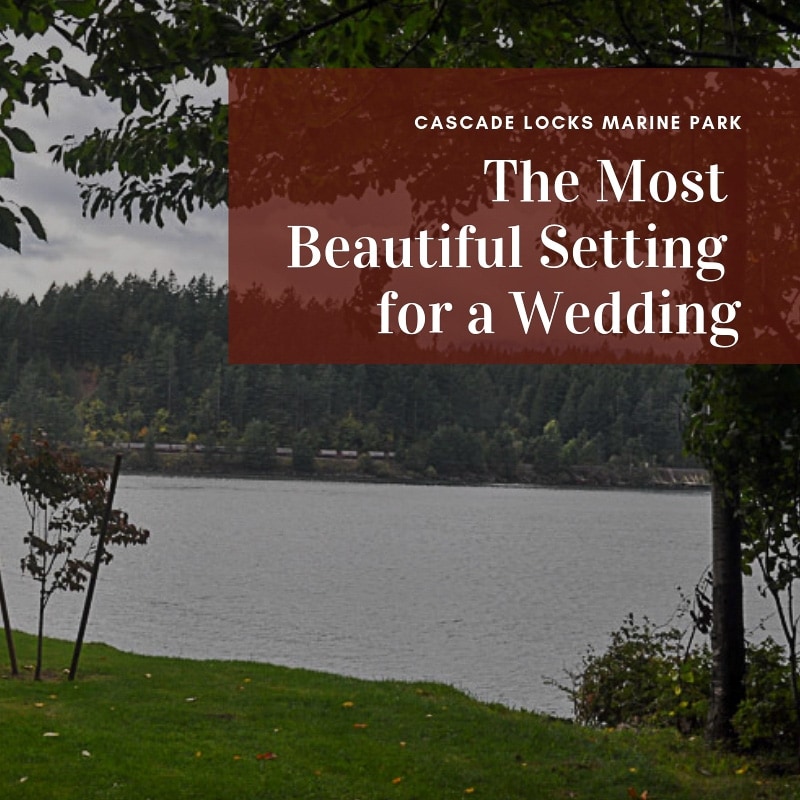 The Most Beautiful Setting for a Wedding

Exploring Before the Ceremony

The smooth drive the Kia Niro PHEV provided was a godsend.  Plus knowing we’d get there with no issues.  Included heated seats and the steering wheel that was well used on both our trip out & back in, which meant happy backs and hands. Plus getting amazing gas mileage were bigger winners in our eyes while driving this little gal around.

Lucky for us the Cascade Locks Marine Park had loads to explore so we didn’t have to leave the area to get some nice shots and get a good feel of nature under our toes. The Kia Niro PHEV looked good under the Bridge of the Gods with the Columbia running under it. 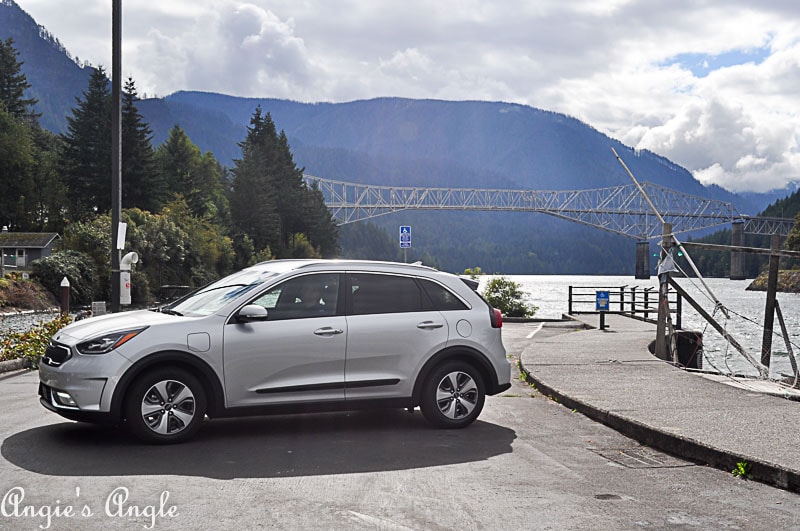 While we had a beautiful scene before us, there were no Fall colors to be found.  Not on the comfortable easy drive to Cascade Locks or while in the area of Cascade Locks itself.  To say I was disappointed would be an understatement. I thought for sure being the first part of October we’d find some vivid color (it came a few weeks later), so a bit of a backdrop with the Columbia River and the Bridge of the Gods would have to do.  Along with the old building that is now a museum. Which, sadly, we couldn’t explore this day but we’ll be back! 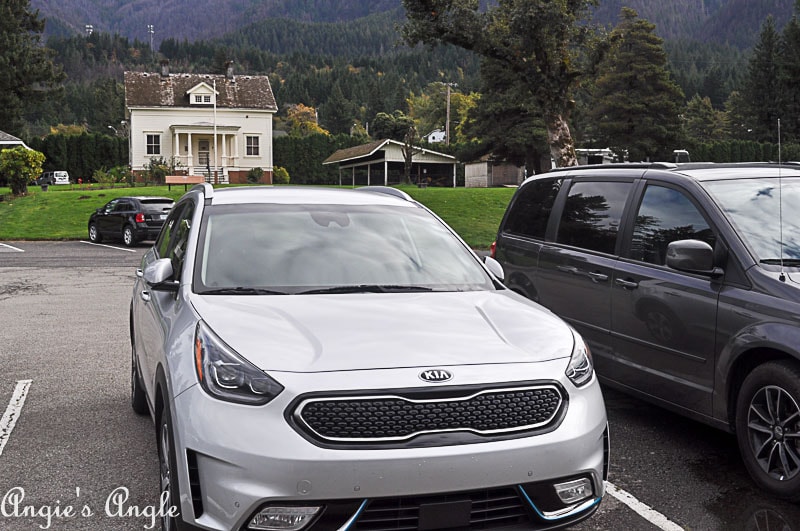 Roxy got to tag along for this adventure even though she had to stay in the car during the wedding itself. She was thrilled to meet some other doggies while we did our looking around before the wedding.  While we found some pretty photos to snap before we had to get dress into our wedding gear. 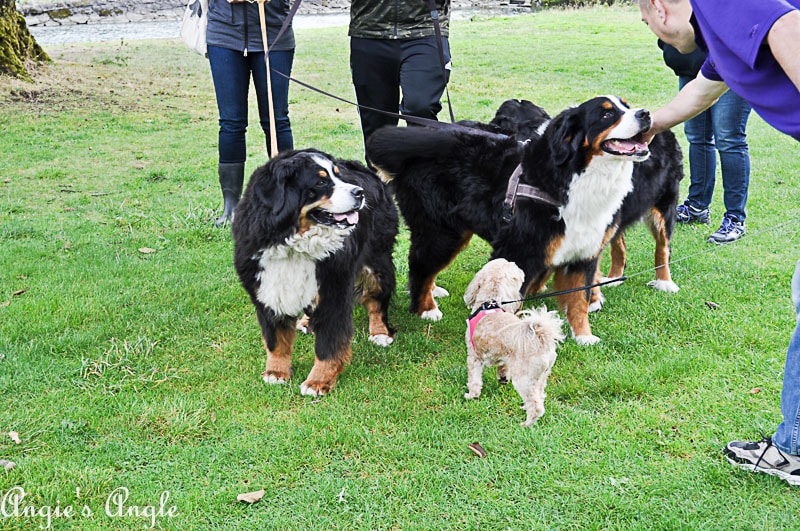 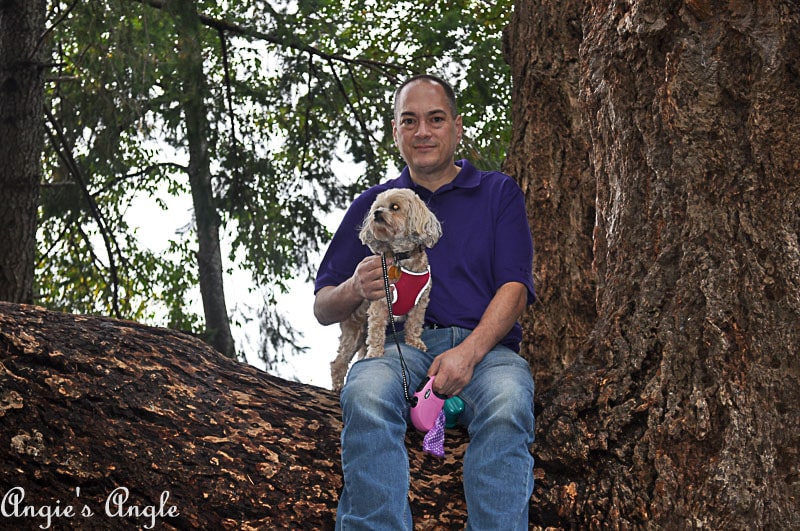 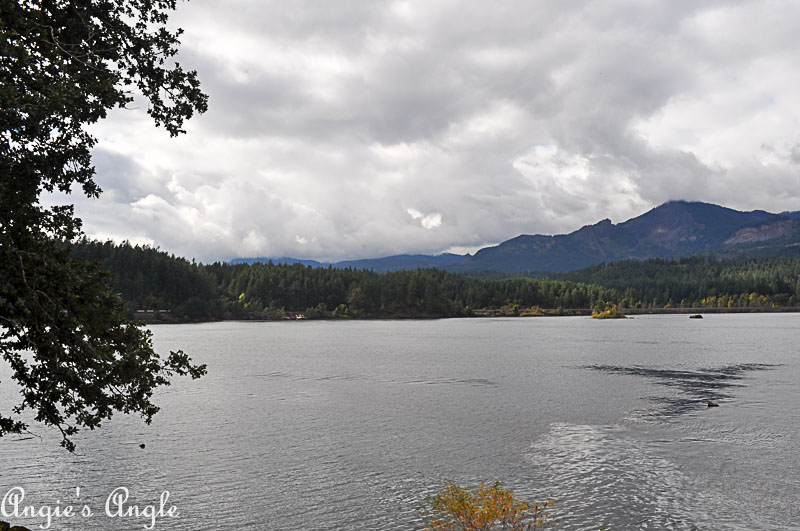 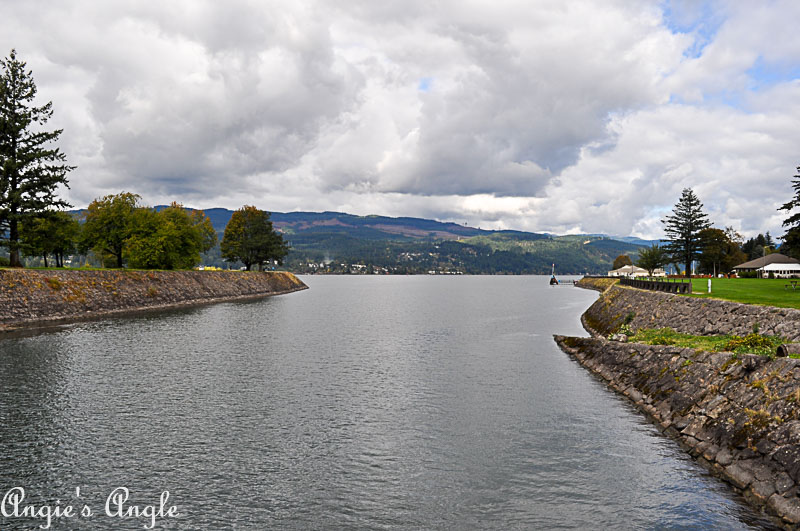 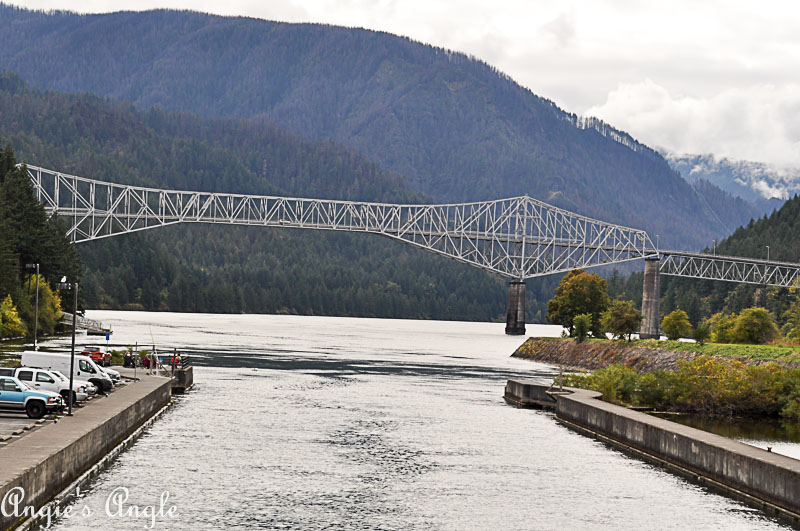 We used the Kia Niro PHEV and a little bathroom to get into our wedding attire.  I was pretty excited because I had found that the Kia Niro PHEV had an outlet in the back seat.  Had brought along my flat iron to get a few quick swipes in my hair to fix it up before the wedding too.  Sadly, we couldn’t get it to turn on.  The light would come on for the outlet but my flat iron wouldn’t turn on.  Lucky for me my hair wasn’t that bad and didn’t need the flat iron at least.

Having had no idea the wedding ceremony location was outside, we were heading up towards the main building when we started to see people we knew coming over to our area and walking up to where we had explored earlier.  Following the path of people, we found the ceremony location and got settled in.  Jason had to run back and get my coat for me because it was windy a tad chilly.  If I had known it was outside, I would have also chosen a different pair of shoes.  My heels kept sticking into the grass and I’d sink.

Man though, it was sure a beautiful area for a wedding! 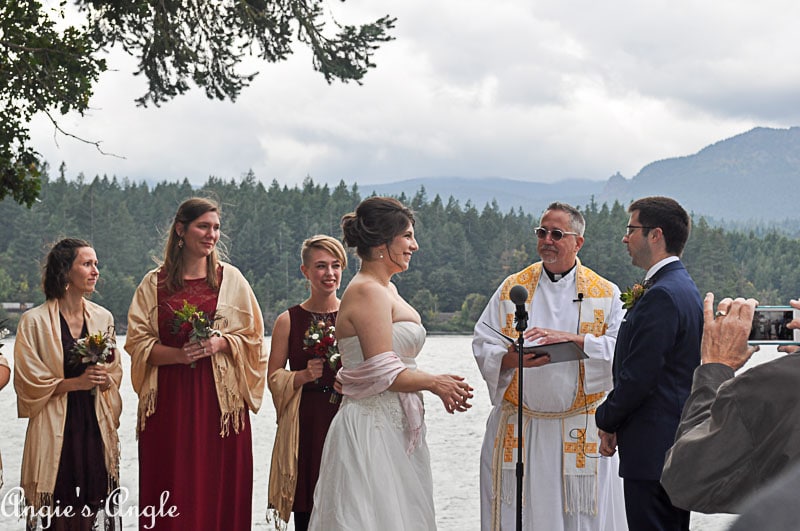 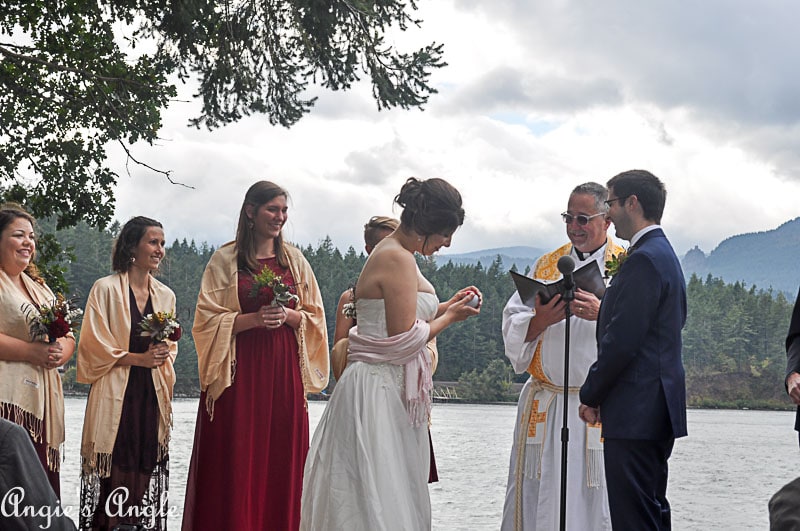 The Bride had the Grooms ring in a Pokemon ball. Perfection and cuteness were had.  Stephanie took a bit to actually get the ball open but it was adorable. 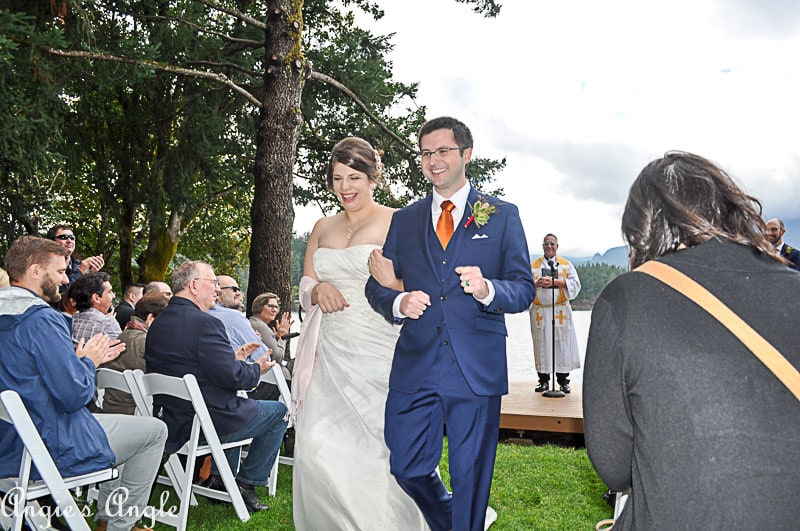 Finding a seat after getting ourselves a drink was not an easy feat.  We ended up sitting in the next table over from all the other soccer people but we were told to move our butts over there a bit later.  It was an overcrowded table already but they made room and we sat. 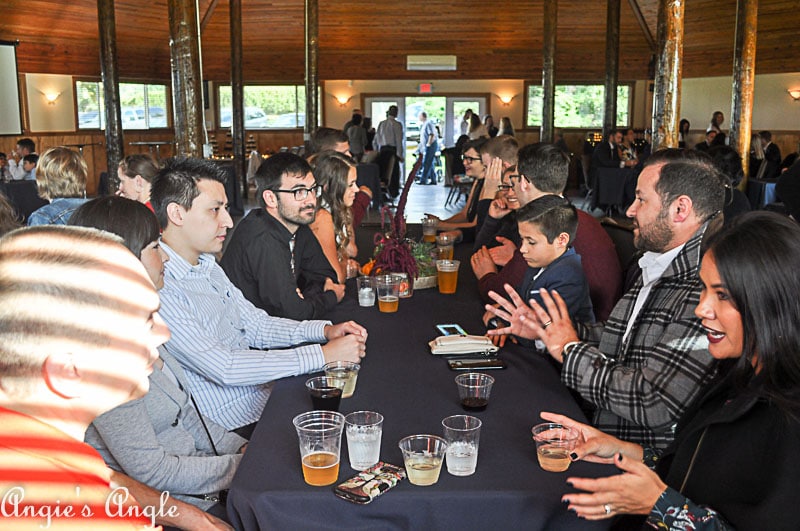 Shortly after the Bride & Groom made their entrance. 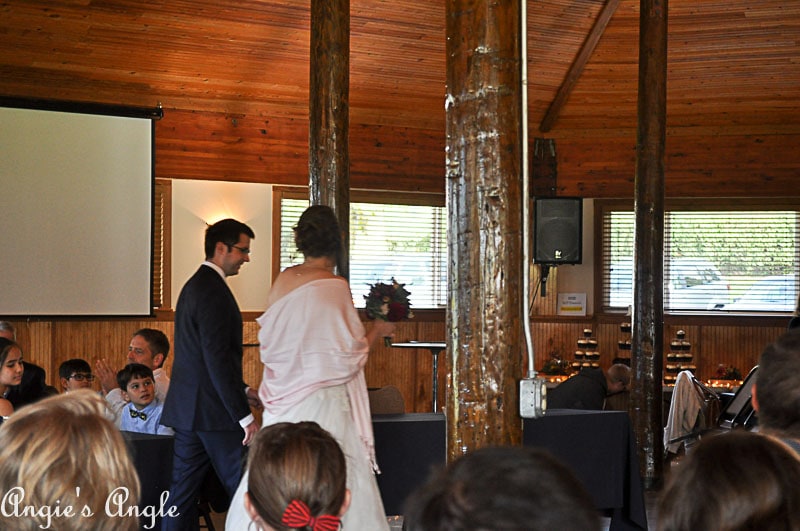 They came in the door I wasn’t expecting, so the picture is not that great.

Ending the evening with drinks, food, dessert, and dancing. 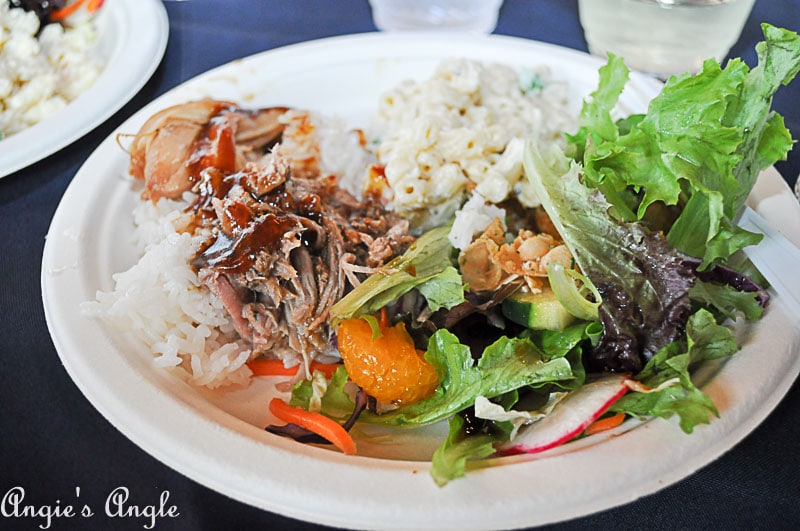 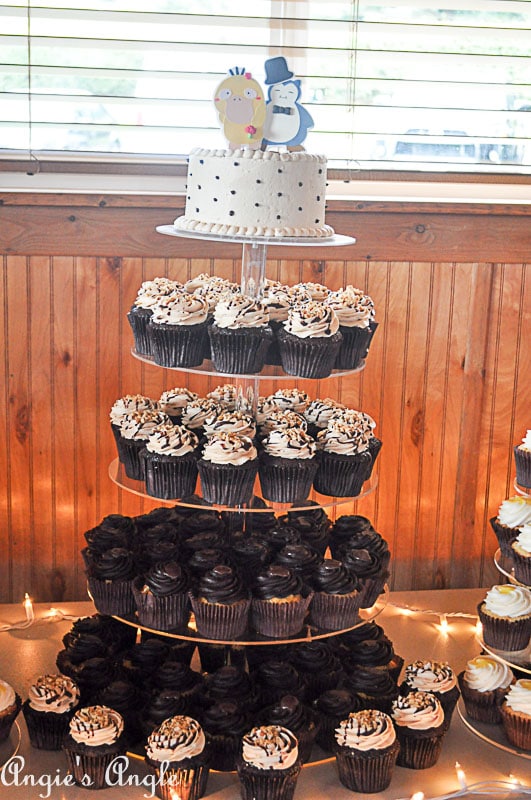 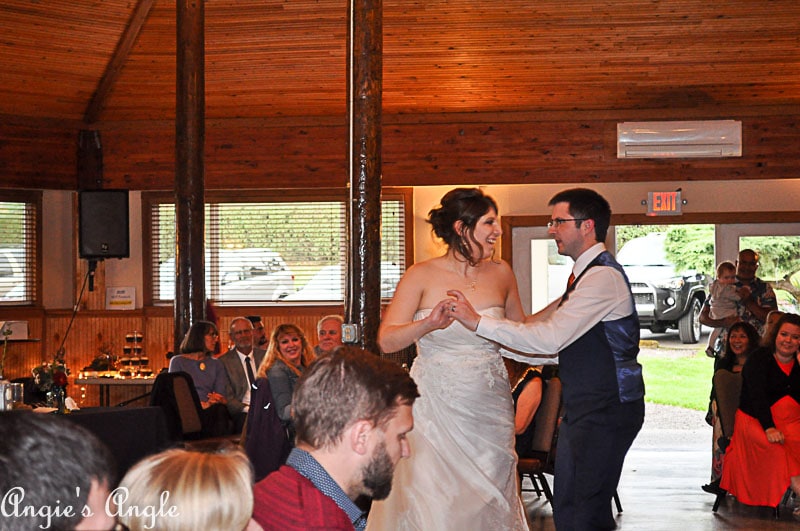 Was a lovely wedding and we were so happy to be included!

Side note:  There will be another trip with the Kia Niro PHEV in the next week or two.  We made a quick trip to the beach the next day and decided to make them two separate posts.