You are here: Home / giveaway / Book Best of Crimes and Starbucks Giveaway 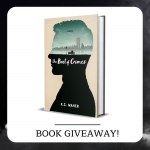 Best of Crimes by K.C. Maher

Q&A WITH K.C. MAHER
AUTHOR OF THE NEW NOVEL THE BEST OF CRIMES

Question: Tell us what The Best of Crimes is all about.

K.C. Maher: The Best of Crimes is the story of an extraordinary relationship that develops between a man and a teenage girl in a contemporary New York suburb. Walter, the narrator, is a math prodigy who works on Wall Street, and Amanda is his daughter’s best friend, the only child of an absentee single mother. The crux of the story revolves around the all-important difference between a man’s thoughts and actions: Walter intermittently suffers impure thoughts, but his actions are absolutely pure and unfailingly generous.

Q: What inspired you to write this novel?

Maher: Characters come to me first, and every character has a story. The Best of Crimes began with Walter, a Wall Street risk manager who risks his heart and soul for love. I started this story as serial fiction in 2006, which gave me a plot outline. As I rewrote it many times, Walter’s character acquired more and more nuance, as a man beset by desires he invariably overcomes. Although he struggles, he trusts himself and loves the girl far too much to abandon her simply because of what others might think.

Q: What are your feelings about Walter, the narrator? Do you think most men in his situation would act as he did?

Maher: To me, Walter is an unsung hero. He struggles valiantly to keep proper boundaries – and does – between himself and Amanda. I think that most men are as good as Walter. Difficult as it might be, they control themselves. But you rarely hear about their temptations, struggles, and triumphs.

Q: The story mentions “the apex of girlhood” several times. Why is that significant?

Maher: Some girls reach a tipping point where they have finally figured out childhood, and how people relate to them and how to interact with adults – whereupon the hormonal fury of adolescence besets them. It’s significant in the story because Amanda hovers at this point and comes to trust Walter as a safe adult companion. She trusts him so much that she can safely begin to experiment with her new-found powers of attraction.

Q: About one-third of the way into the book, Walter’s narrative changes from past tense to present tense. Why?

Maher: Ideally, the present tense here conveys unchanging time. Although Walter’s rational self dismisses Amanda’s description of their relationship as “eternal,” his feelings shift more than he can comprehend. The change in tense matches the change in his perspective. By the end of the story, he finds himself agreeing with Amanda.

Q: Walter worries he might be harming Amanda in ways he can’t foresee. Is giving her the affection she craves right or wrong?

Maher: It’s absolutely right. He does not abandon her because that would definitely harm her. Naturally, he worries, because their emotional intimacy risks breaking the most basic taboos. As the story develops, both Walter and Amanda realize their relationship is viable only within a limited time span. It cannot, and does not, continue (even though their love feels eternal).

Q: A relationship between a grown man and a teenage girl is bound to spur controversy. Why did you decide to tackle this delicate matter?

Maher: I never intended to write a controversial novel – the story developed over time, and once I understood it was the opposite of what it seemed, I could not let it go. In no way do I advocate relationships between grown men and teenage girls. But Walter and Amanda’s affinity feels real and right to me. The Best of Crimes is an unconventional love story about a smart, caring man who does the right thing for a girl who has nobody else in the universe and is neglected by her own mother. That said, I fully understand how, on the surface, people may expect the worst from Walter – especially in today’s “me-too” climate where everyone is hyper-vigilant, as they absolutely need to be!

Q: Why did you call the book “The Best of Crimes”?

Maher: It comes from a scene at the end of the book. When Walter takes Amanda to Disney World, she worries he will get in trouble, and he admits that he has broken the law by taking her across state lines. But, he has decided “it’s the best of crimes,” (an allusion to the opening lines of Charles Dickens’ A Tale of Two Cities). He tells her that the penalty for the crime is worth it to him – he wants them to have a magical good-bye.

Q: What do you hope readers take away from this story?

Most of all, I hope that readers will feel involved in the joyful experiences that Walter and Amanda share. The story, after all, is not only about Walter struggling to control his desires. Walter and Amanda’s time together is idyllic. Despite their difference in age, they have a lot of fun together!

K.C. MAHER grew up outside of Chicago and has been writing fiction all her adult life. Early on, she wrote short stories that were published in literary magazines such as Ascent, Black Warrior Review, and Confrontation. She also contributed flash fictions regularly to a UK ‘zine, The View From Here. Only recently has she noticed that her imagination runs to, and cultivates, the exception to the rule. Her husband, however, has always known this, as have lawyers considering her for jury duty. The Best of Crimes is her debut novel. She is a mother to two children and lives in New York City.

Giveaway for Best of Crimes and Starbucks

Sounds like a pretty good book, doesn’t it? Now is your chance to win that above book Best of Crimes by K.C. Maher and a $10 Starbucks gift card. Book and coffee there is nothing more perfect in my eyes.

Enter below via the Gleam platform for your chance to win. The USA only, please. Winner will have 48 hours from the time I email them as the winner to get back to me otherwise I will be forced to pick a new winner. Come back daily for your daily entries and entries may change over the course of the giveaway.

Good luck and have fun!

All That Glitters is Gold Giveaway Hop

Now that you have entered my Best of Crimes and Starbucks giveaway, hop around to the others below and see what you can find. Have fun and good luck!

MamatheFox and all participating blogs are not held responsible for sponsors who fail to fulfill their prize obligations.