You are here: Home / All About Me Fridays / Angie / Why Was I Tingling And So Tired All The Time?

Growing up I never went to the doctor.  Ever.  It just wasn’t something our family did.  I went a total of two times that I can recall; though I am sure I went when I was very little.

The first time was because I fell backwards from the kitchen sink getting a drink of water before bed and ended up biting my tongue almost in half.  You can read a bit about it here.  I ended up in the ER to get stitches.

The second time was in sixth grade when I got the chicken pox, but no one actually saw me.  We went in and the lady behind the desk/counter thing said yep she has chicken pox and off we went.

So there we have my two ever experiences with actual doctors.  I go to the dentist and I go the eye doctor, but give me an actual doctor and I panic.  I could swear to you that if I went in they were going to tell me I had this horrible disease and was going to die.  In my mind, that is what would happen, so I didn’t go.  Even when I am pretty sure I broke my foot back in June of last year, I didn’t go in for the fear and of course not having the greatest insurances. 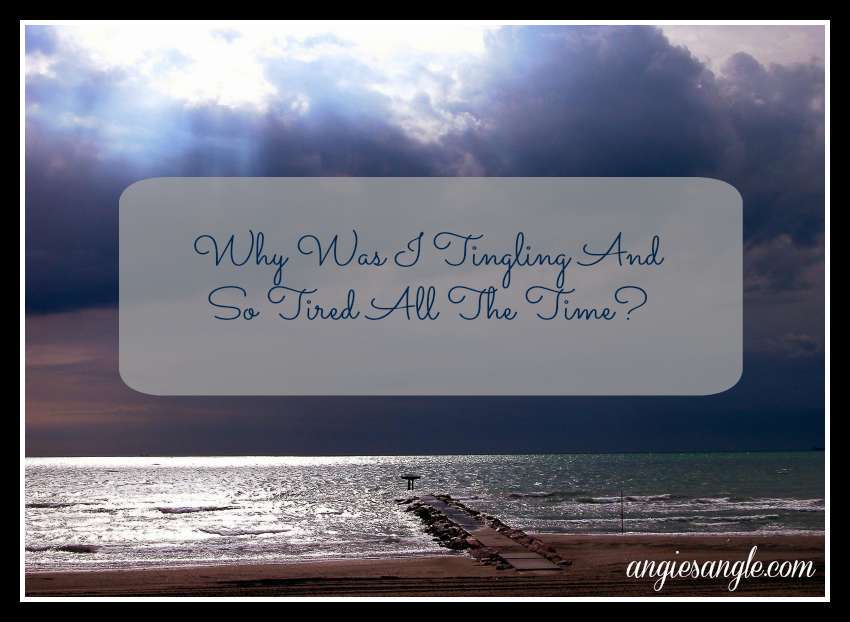 For years now I have had this on and off tingling all over my body, it would go away in time so it was easy enough to ignore.  With Jason’s new job we actually have pretty great insurance that doesn’t cost us a million dollars.  So finally when the tingling started in several months back, I finally broke down and made an appointment for June 16th.  I was scared to death, but I was tired of feeling like I was and needed to find some answers.

Even if it was just anxiety, something, anything to hopefully get my head out of the horrible horrible things it COULD be. Why Was I Tingling And So Tired All The Time?  The tingling, of course, was there, the realization though that I have been tired for several years didn’t kick in until later, though.

On my appointment on the 16th of June, Debbie went with me.  The doctor agreed it did sound like anxiety like everyone thought, she did a quick physical exam and everything was fine, but she felt my thyroid and said hum, that feels a little big, let’s get an ultrasound on it.  I did the ultrasound a few days later and found out there were no nodules, but it was diffused which made them think likely I had a thyroid issue.

My TSH test comes back normal the first go around.  The next time I have my TSH checked with my T3 and T4, my TSH is high (which means underactive thyroid) while my T3 and T4 were normal at this time.  After my yearly physical I had my blood drawn again for TSH and supposedly antibodies (but that hasn’t came in yet) and my TSH was even higher this time. Not greatly, but still higher

Now I have started thyroid meds and hopefully I can start to feel more “normal” over the course of the next few months once we find the right balance.

Even before I went in for the tingling I had it narrowed down to my thyroid being off or a vitamin/mineral that was off.  Of course, I fretted over other horrible things it could be but was pretty sure if it was anything at all it was likely to be one of those two.

These are just a few of the underactive thyroid symptoms: (from webmd)

Those are just the more well-known symptoms.  There are so many other symptoms that could point to thyroid issues as well like tingling, acne, muscle aching, and weight gain with no real explanation.  There are many more I found in my searching.  I was having some of these and was just feeling off for a long time.

I don’t know how long I have had this issue, if it’s the exact cause of all my “off” feelings, but its a start and hopefully in time I’ll feel better and more whole and not so off.

Have you ever dealt with a thyroid issue or known someone who has?  How are you or they feeling?  How do they manage it?  I’m curious to learn more from others and hopefully help inform others on the issue as well.

11shares
We use cookies to ensure that we give you the best experience on our website. If you continue to use this site we will assume that you are happy with it.Ok