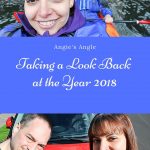 Life doesn’t always go as planned.  Heck, if I am being honest it rarely does.  The universe I think has its own plans of where you’ll be landing and how.  The first six months of 2018 were great and exciting.  However, the last six months took a nosedive that I am still recovering from.  Taking a look back at the year 2018 and how did my words to follow for 2018 shape up? 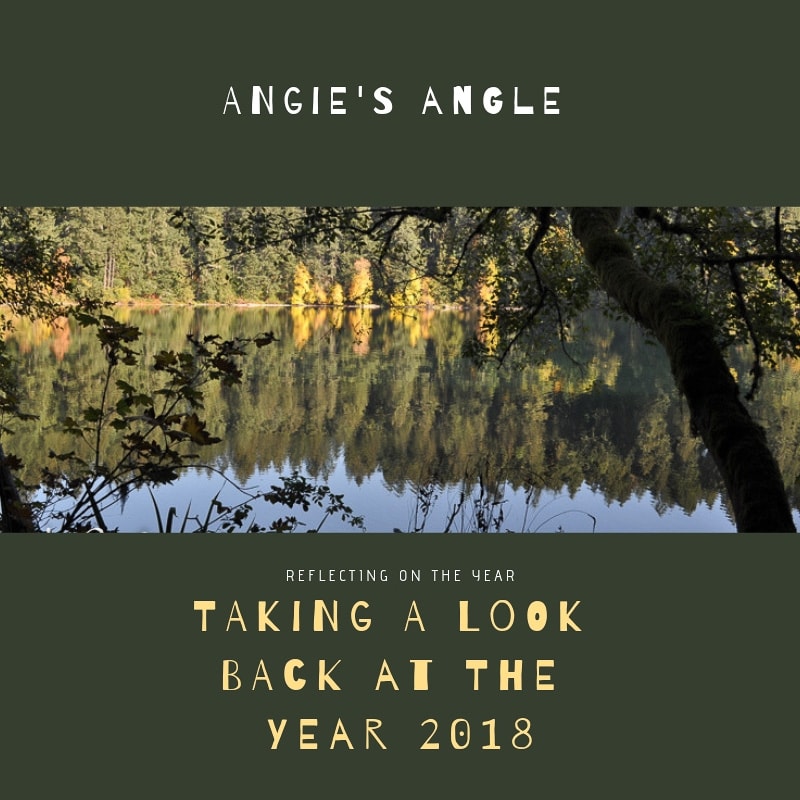 The year 2018 was filled with the good and the bad.  A balance really but being that everything seemed to dump at the end of the year, it made it feel like the whole year wasn’t great.  That isn’t right though, the first half was fun and exciting;  filled with such greatness.

Let’s take a highlighted look at some of the things that happened this last year.  Also, at the end, we’ll check in with my words for 2018 and see if they did well for me.

February Trip to the Coast

Starting out with a February vacation to the coast.  Which wasn’t super exciting or special, but it was a nice relaxing getaway with the three of us.  Finding a covered bridge to get photos though was the highlight of the adventure.  The house we rented for this adventure wasn’t our favorite but the view from the house made it all worth it. 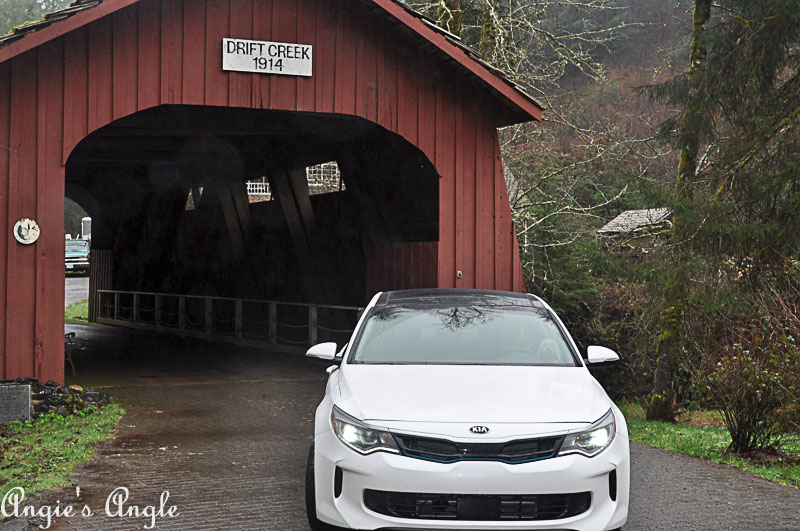 April found me pushing my courage out there and doing things that scared me but knew that I wanted.  Starting off the month by being accepted as a Kia Family member and I was over the moon. Thinking that April started my really sweet ride for the next few months. 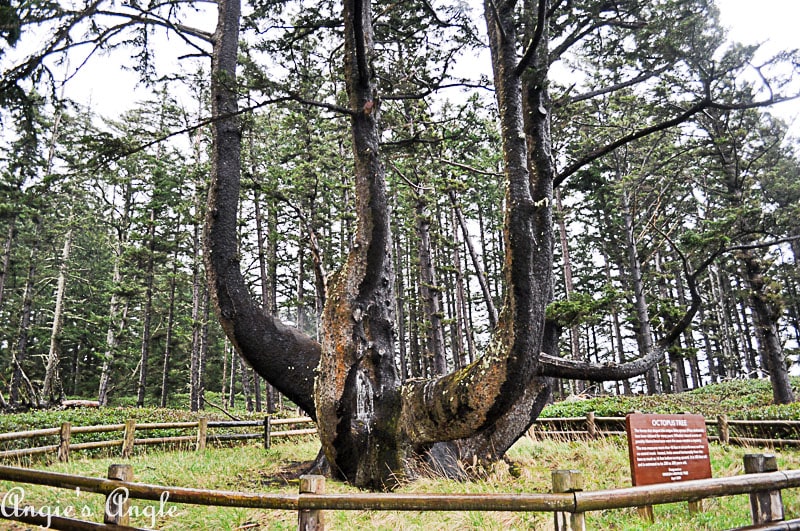 We took a nice vacation with my sissy and her boyfriend (now husband!!).  Jason and I didn’t do much adventuring but it was still pretty grand. The view from the home we rented left me not feeling the need to explore much.  Which looking back probably wasn’t the greatest thing but worked at the time.  We did finally land in Pacific City, which we had heard loads about but never actually gone.  Also the amazing octopus tree on our drive back home. It was a good time!

Roxy and I also had a solo adventure that was empowering to me.  Going out by myself like I did, just isn’t something I am normally comfortable with.  Ignoring that anxiety that builds up in me and just doing it, was amazing. 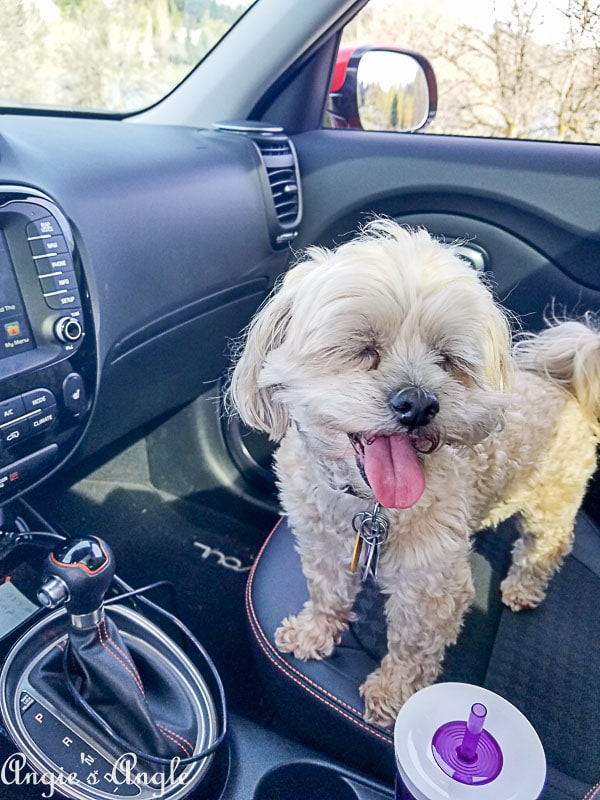 The first part of June found Jason and me were able to do something truly amazing and fun.  We were picked to highlight the Oregon Trail 175th Anniversary.  We had a jammed packed weekend of exploring spotlights along the Oregon Trail in Oregon City and ending with an amazing kayaking trip. 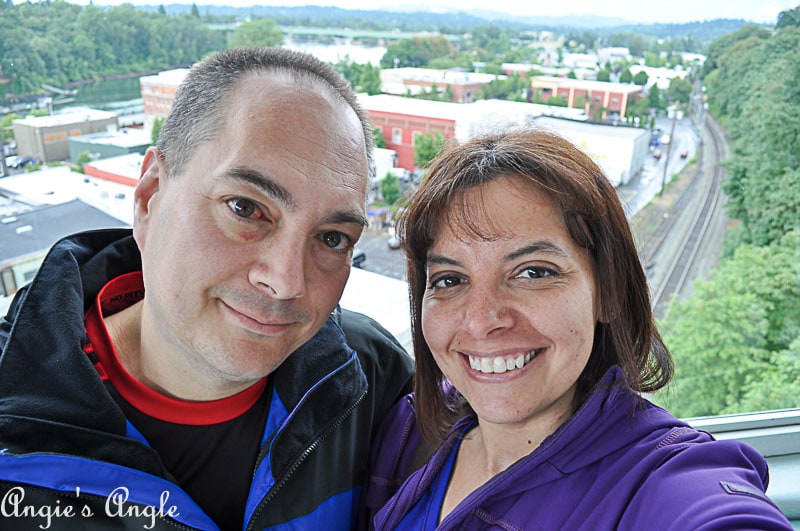 Throughout April and until the very last minute of June I was working to try and plan a surprise for Jason for our 15th Wedding Anniversary.  Was so close to getting something but we wouldn’t have been able to bring Roxy and that was a no go for me.

Instead, we went camping and it was so much fun! 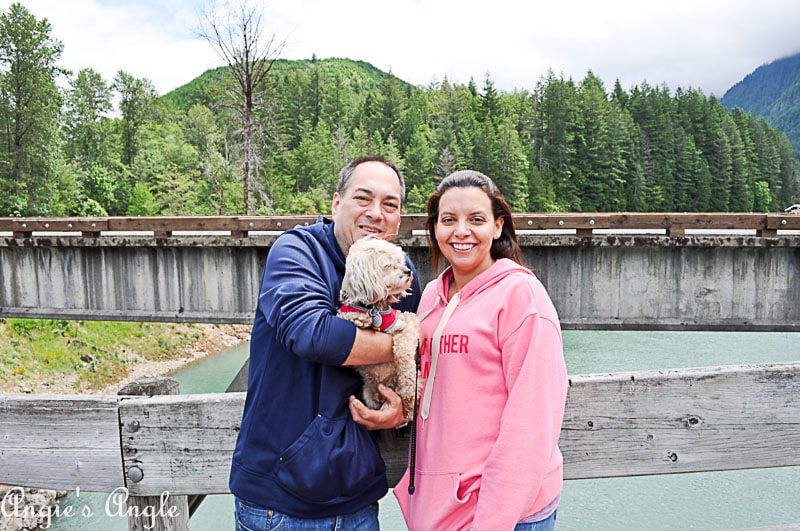 We made our way across to Idaho to see my brother and sister-in-law while they were over from Maine. Also, we had the pleasure to dip into Montana and go the Bison Range, which I hadn’t been to for years. 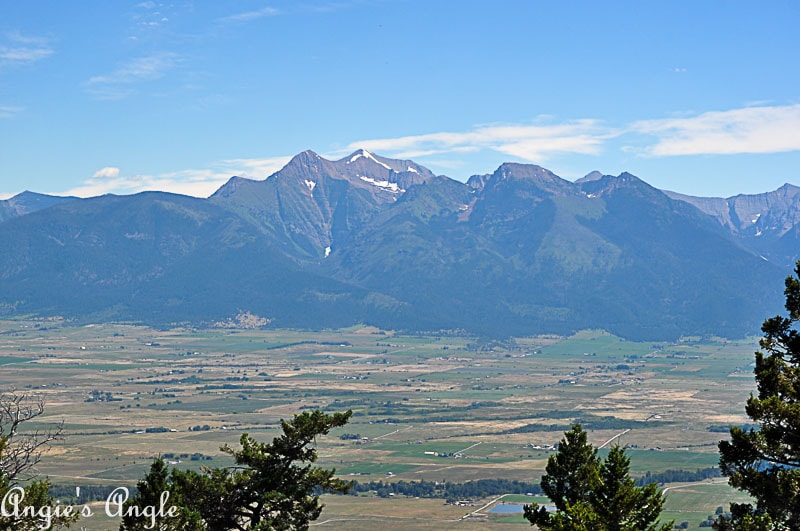 Sadly, this was the point where things took a nose dive.  I had a horribly scary experience that left me fearing I had colon cancer.  Thankfully after a full month and a half, I had the all clear.  The blog fell during this time because I didn’t touch it really and at the end of my health scare, we found out Roxy had a heart murmur.  And again, didn’t touch the blog, because I was so scared and worried.  It was a hellish few months.

We had a wedding to attend in Cascade Locks and did a quick little overnighter to the coast.  Still waiting to find out more about Roxy but also putting it off because I was scared of what I’d be told. 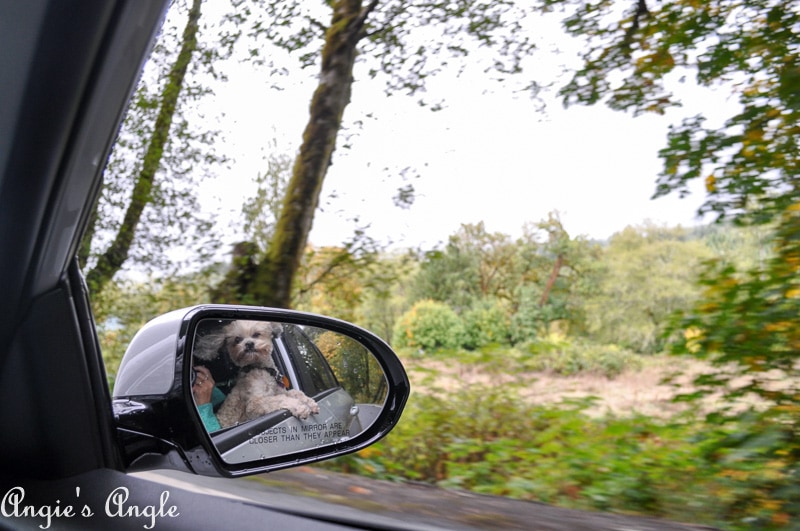 Was thrilled to be able to work with Nissan on getting the 2019 Nissan Rogue to take on a quick day trip to Seattle for an early Thanksgiving. 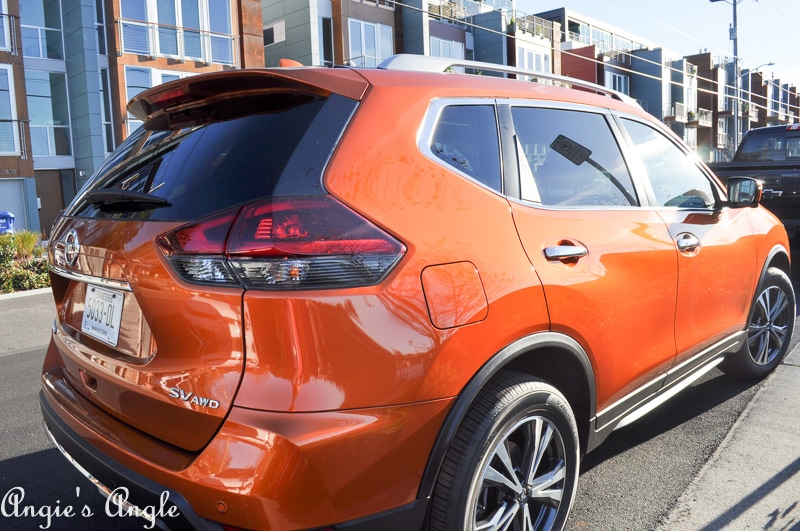 December Trip to Idaho and Christmas

My sissy-poo and her boyfriend decided they were going to get hitched the first weekend of December.  We ended up having to rent a car to get there, but it was well worth and a nice little trip.  No blog post to show for it. 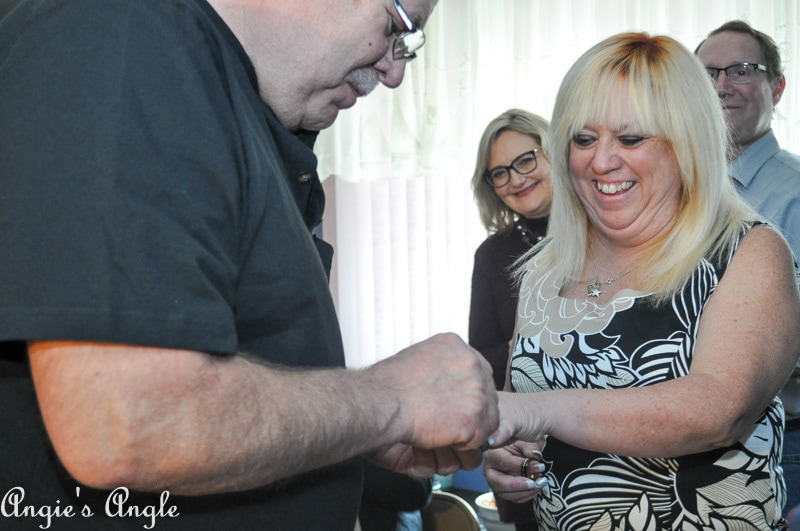 Also, during this time or before we had Roxy’s x-ray on her heart and the results were good.  Not great, but good.  Her heart was/is slightly enlarged but only very slightly.  They didn’t feel she needed any medicine right now and was in good health.  The rest of her heart they said looked good.  The vet said she was likely good to do her dental now and I said I’d wait until after the Holidays now. 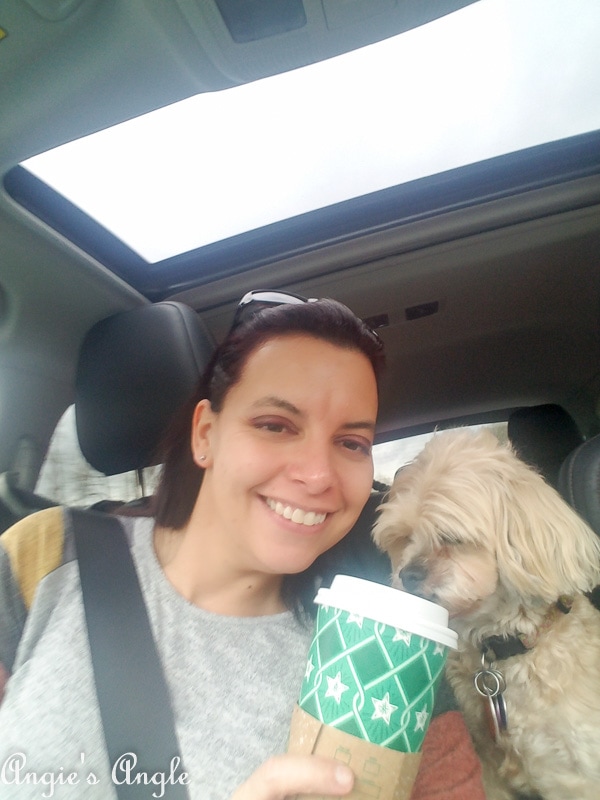 Christmas nice, nothing special or notable.  Overall, nice though.

For the most part, I think my words for the year 2018 were good choices and I really put them to good use to shape my year. I did solo adventures to grow.  We took paths unknown to explore and grow.  We did things that I didn’t highlight in this post or even blog about (rarely).

I could have done without the bumps July and August found me.  But we made it and are still trekking on. 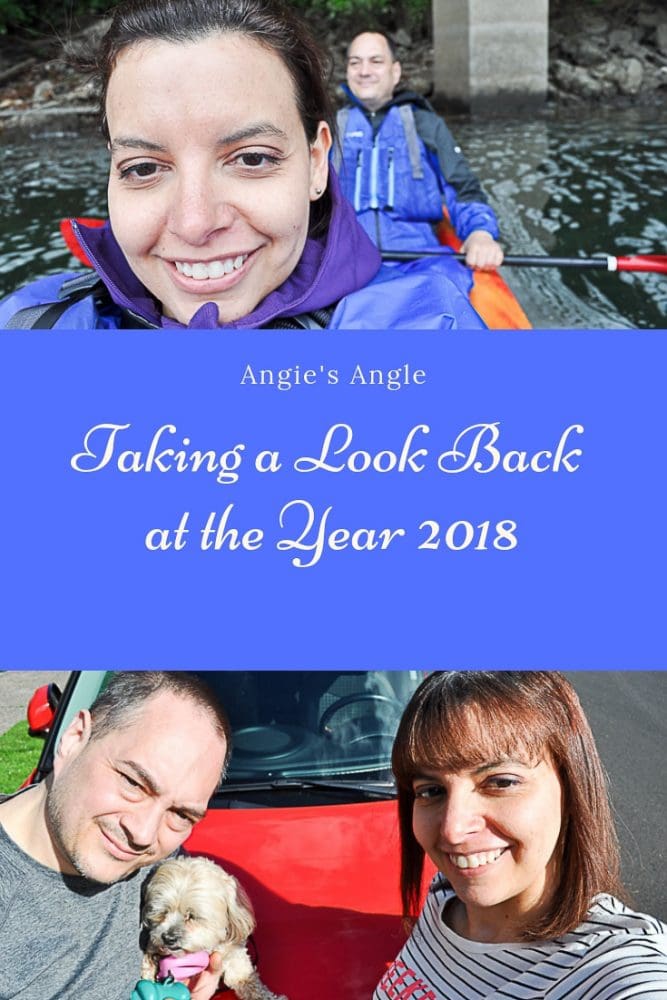 3shares
Previous:
2019 Catch the Moment 365 Week 2 #CatchtheMoment365
Next:
The Appetizers that will Get the Crowd Growling

3shares
We use cookies to ensure that we give you the best experience on our website. If you continue to use this site we will assume that you are happy with it.Ok